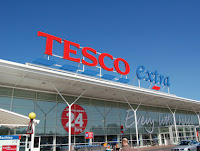 Responsibility but to whom?

Every year there is this big hoo-haa over Tesco profits. Mid April comes and we are showered with figures so huge it makes our eyes water and our palms itch! There is a flurry of people swearing off shopping at Tesco for life only to find themselves back in its shops only a week later due to the sheer convenience, low prices, and vast number of shops. I know I have been appalled by the billions the company makes every year. The red blue and white of its shopping bags along with its slogan of “every little helps” infuriates the general public every April when they see that every little piles up to an alful lot!

This year however the run up to the end of year results is a little bit different. There are no predictions of record profits, rising dividends and super bonuses. Instead miles and miles of printing paper has been used to write of Tesco’s “crisis”! Its falling market share to Asda and Sainsbury's, its falling like-for-like sales quarter upon quarter. This sounds like a real disaster, for Tesco at least! Truth is, they are still making profits though!

Here is the problem, the profits are not growing, in fact they have gone down by 10% on last year. Therefore logic [Tesco logic not mine!] dictates profits slump [by 10%] = Crisis. Correct? No, not really, not if put into context, and if it is over a short period of time. So lets put this “crisis of profits” into context shall we! Tesco finds itself between a rock and a hard place. Inflation and growing price of food production means that it has to pay more money to its suppliers, that comes out of its bottom line. Competition from 4 or 5 other supermarkets means that to attract customers in the hard economic times it needs to keep its prices low - basically absorb the rising food costs and inflation -  that also comes out of its bottom line, making the squeeze of profits come from both above and bellow. This makes sense considering we have hit upon hard times. So why people are panicking is maybe not understandable and clear cut? 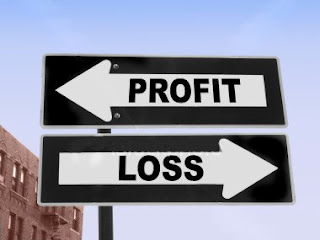 Losing 10% of your profit is a rather big deal to some people, with small and medium businesses that can be the difference between paying wages and not paying wages for a period of time; but when you are Tesco, one of the biggest supermarkets in the world, 10% of £3.8bn a year is not really that much, is it? 10% of £3.8bn is £380m and yes that is A LOT even if you are Tesco. Essentially this can make the difference between paying/raising a dividend, or not. In this case it made the difference between Tesco UK CEO Richard Basher keeping his job or not, and according to Tesco CEO Philip Clarke the answer is very much NOT. But don’t weep for poor Mr. Basher his salary up to date should soften the blow somewhat. Plus you never know he might still get a bonus - after all bankers get bonuses for failing, why shouldn’t supermarket executives?! But I digress!

See there is nothing scarier to a CEO than angry shareholders who can force you to give up your cushy job. And if you are not paying them a dividend, or cutting it, or just simply keeping it the same they get VERY angry! Not to mention that a fall on profits, means a fall on share price, means a smaller payout to all.  So a CEO’s job in this situation  is to raise profit year on year, and raise dividend year on year and well the hell with the rest, there is no space for the rest! This raises the question however, should companies such as Tesco which provide a rather important service - food! - be more concerned with their shareholders, than their clients, and their general responsibility towards the public space they occupy? I personally don't think so, but I doubt Tesco give a monkey’s about what I, or you think!