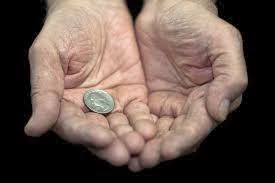 I live in Oxford so I would not blame you if you thought that poverty is not something as obvious in one of the most affluent cities in the United Kingdom. But it is here more than ever that I feel the Gap between the rich and poor, and it is here more than any other place in the world that I have been to that this massive discrepancy leaves a rotten taste in your mouth.  Among the streets of this ancient city walk the children of millionaires and billionaires, sharing the walkway with rich Asian tourists and future oligarchs, as well as countless regular folk that go about their regular business. The streets of Oxford are clean, and contain a 1000 years of history. Intelligent men and women rush about, and at night during ball season the city is awash with colour and glamour.

Yet Oxford with its walls of blond stone hides a deep secret. Amongst its thick walls and on its cute cobbled streets in front of the shiny windows of expensive boutiques sit huddled under damp duvets the homeless. A class of individual that we rarely acknowledge, who’s hand we shrug off when they extend it our way asking if we can spare some change. We look down upon this person who has hit rock bottom and is digging even further down. We excuse our own callousness with thoughts such as “they are a druggy or an alcoholic”. More often than not we are not wrong, some are people with deep social problems of drug and alcohol abuse, but some are just people that have lost control of their lives.

As you all may know I am Bulgarian, and my country is hands down the poorest one in the EU. Beggars are everywhere, they have quite literally become part of the scenery in my mother land and people don't just ignore them, they actively loath them. They look at them with spite and unveiled hatred as these men, women and children walk, hobble, craw, and drag themselves over to ask for change and help. Many are part of gangs that use and abuse young children and women for profit through begging. But not all of these people are corrupt and trying to steal our hard earned money. We have one of the highest percentages of pensioners that are literally starving and freezing to death and who are forced to go out and beg.  It will not be an uncommon site to have a little old lady, doubled over by age and 50 years of serving the old socialist state, who’s pension is so miserable that she is selling packet of tissues at a bus stop in the desperate hope that she will be able to buy a loaf of bread with her earnings. The response to her is nothing, total oblivion to her existence. Her goods will only be sold to those in desperate need of a tissue and only at that time will her existence be acknowledges by anyone, for the briefest of moments and with total lack of empathy or emotion. A coin or two will be thrown at her, she wont see a smile, and may by some miracle hear a mumbled thank you. After some number this type cold encounter her desperate state of affairs will soon come to a miserable and undignified end, which  will be recorded in a death register somewhere, she will not be missed, her life will be forgotten. Does this all sound bleak to you? A bit dark for a Friday night isn't it? 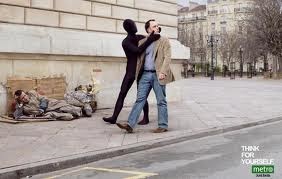 This darkness is a place where countless number of people live in every day. We don’t just ignore them, we label them with names such as drug addicts and alcoholics, and God knows what else. Partly because some – never all – are such things, but that is never all that they are. Partly to hide our own feeling of guilt for being better of. We actively hate these people, we judge them for the choices they have made in life without knowing what those choices really were. We never ask ourselves, what if they weren't given a choice? What if they were born in a family that wasn't caring, were abused by people that should have protected them, were failed by their teachers who were too busy meeting government targets to notice the systematic destruction of this persons. What if they were in this place begging and homeless because it was the smaller of two evils?  Who are we to judge without the knowledge of who they were and are?!

The saddest part is that giving this person a pound or two will have no effect on their destitution, and is likely to only help sustain any drug or alcohol abuse that is holding them there. The solution is one that requires the empathy of an entire nation, a deep change in society that steps away from shallow consumerism, instant gratification and short term planning.  A change to a society that celebrates and supports both the individual and the community they live in. That supports family values  by allowing mom and dad to spend a bit less time in the office and a bit more time with their children. That objectifies both men and women less. Where school isn't all about the next test but is about teaching young people to communicate, gives them confidence and self worth, as well as skills that are vocational –  boiling an egg and washing a dish is a good start if some of the young people I know are anything to go by! 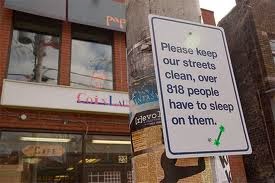 I know I am preaching, but I am not really asking much, all I would like is next time you walk past a homeless person, even if you don't want to give them money, give them a thought and if you want a smile and a “sorry”. Especially now in winter, because you are going home to warm bed and a cup of tea, they are sleeping on a step in negative Celsius temperatures. Kindness goes a long way and doesn't cost you anything.


If you want to help lower homelessness please get involved here: http://www.crisis.org.uk/